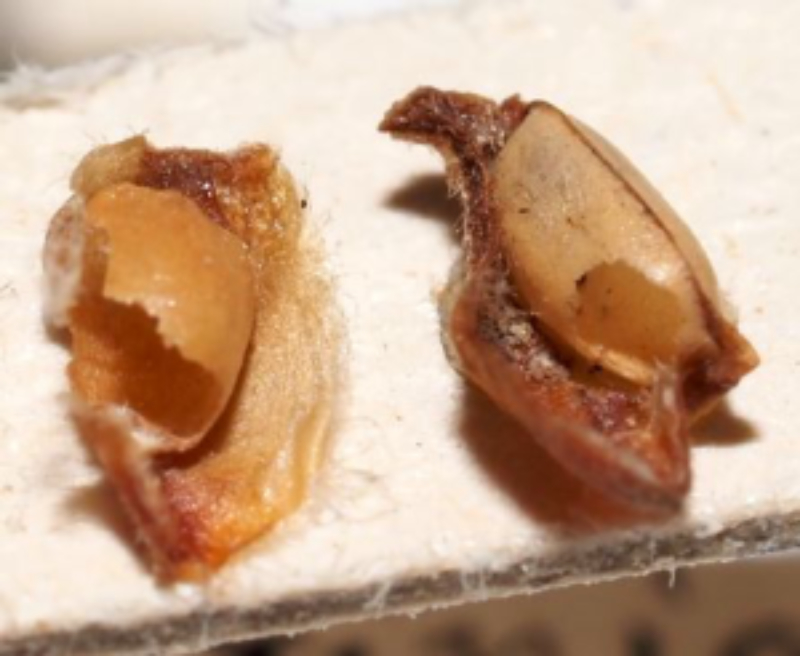 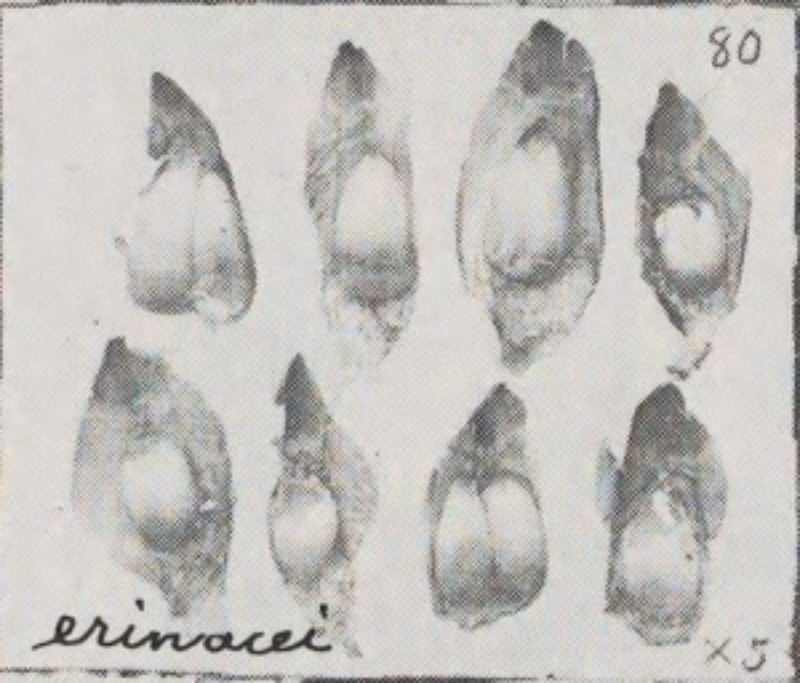 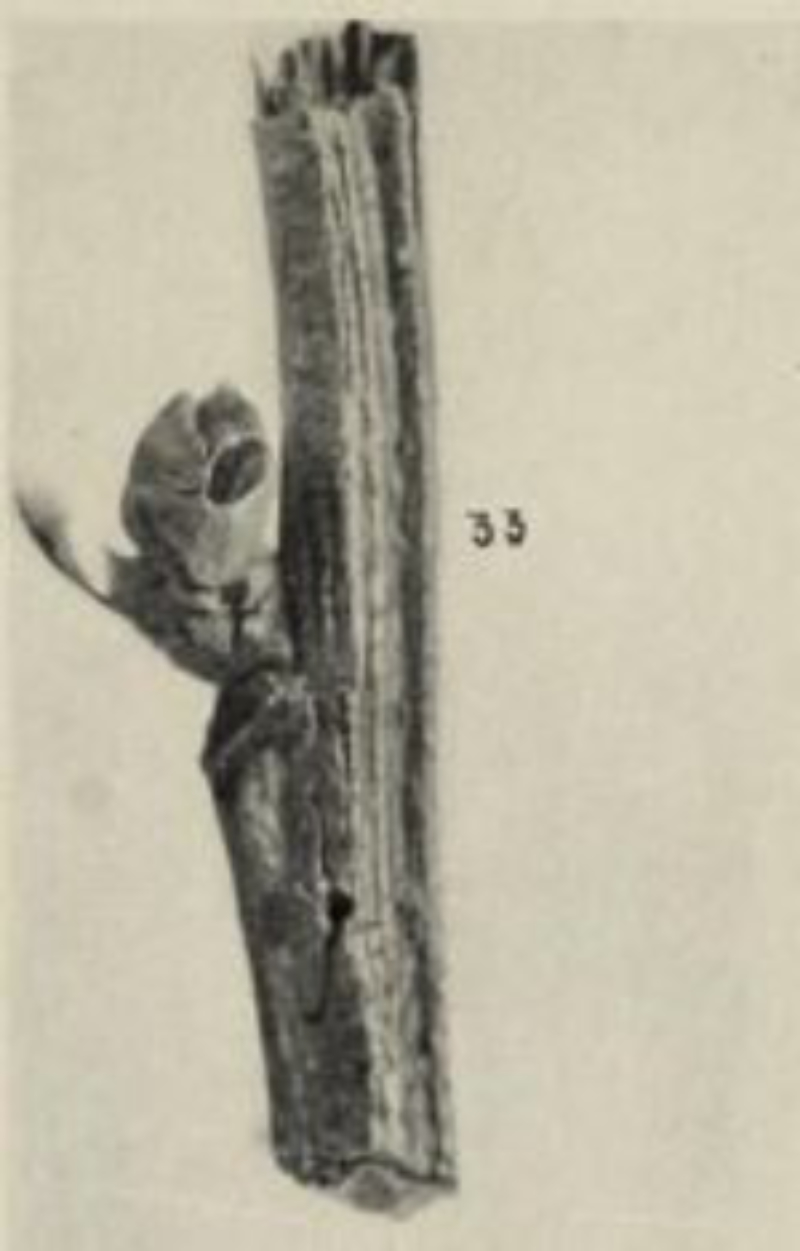 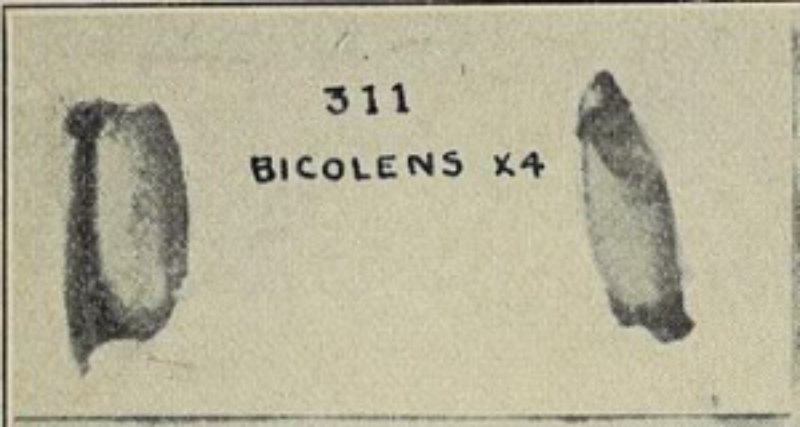 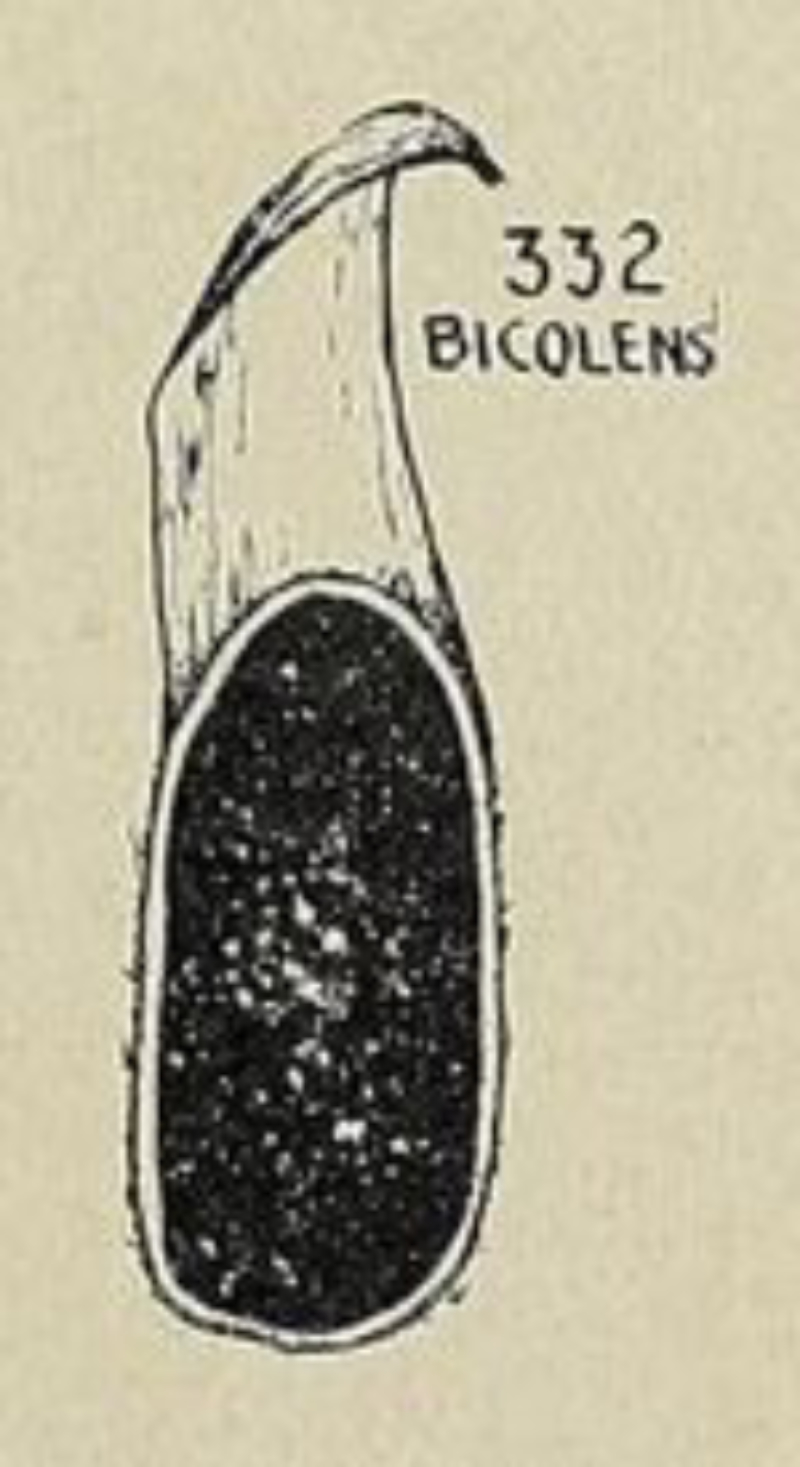 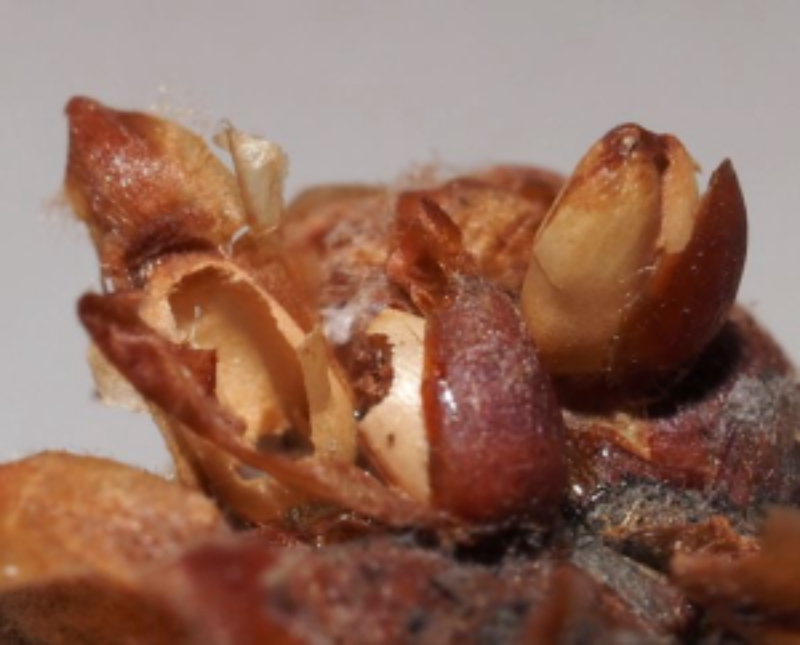 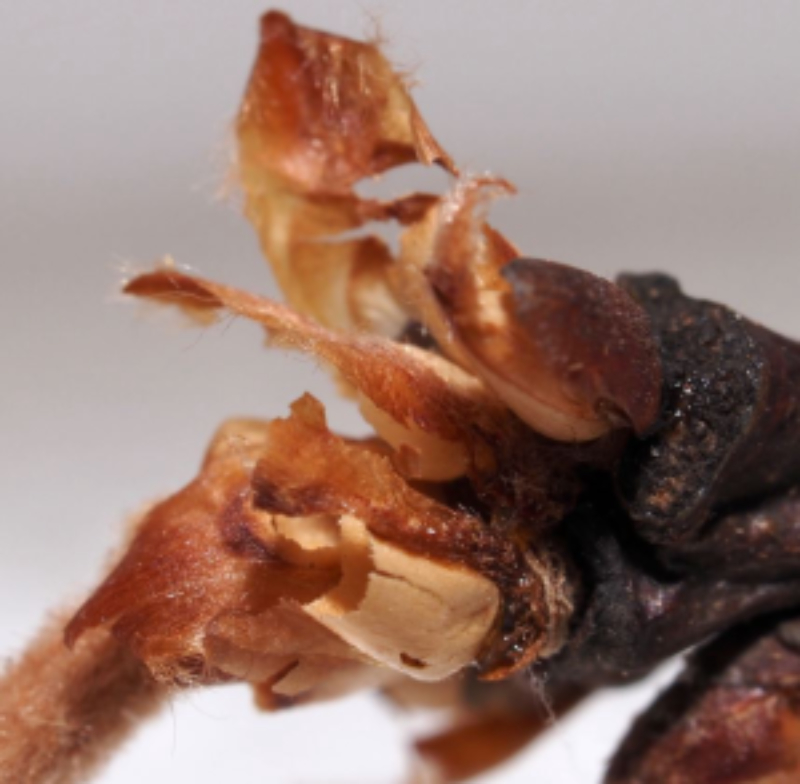 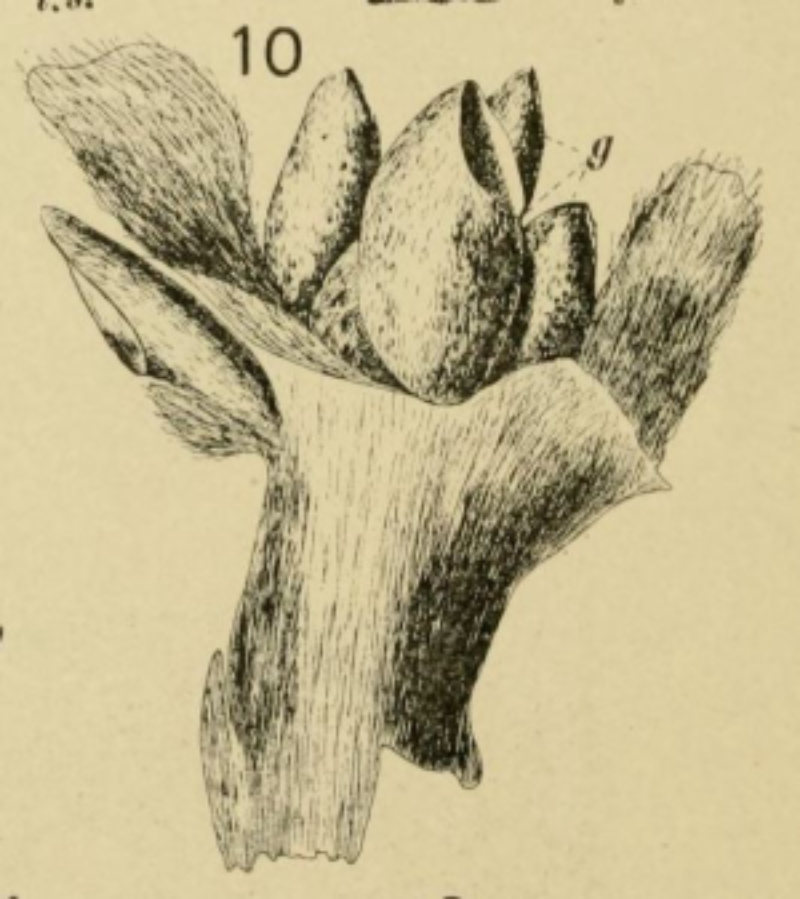 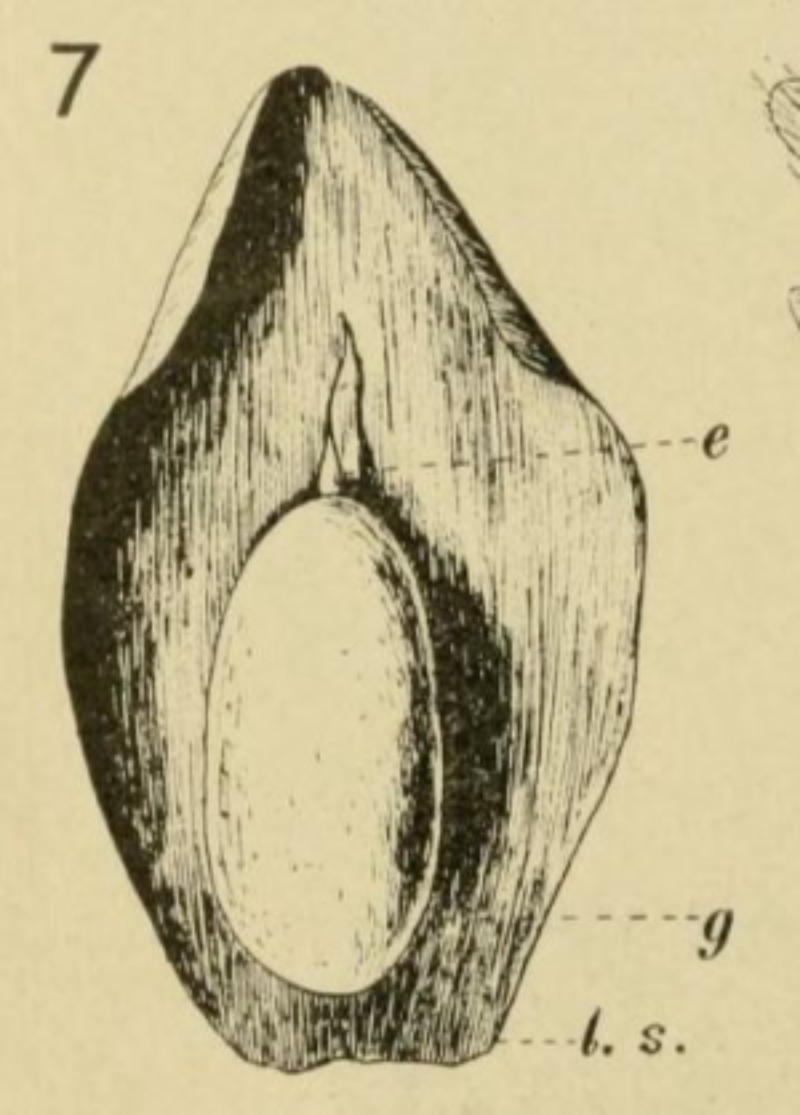 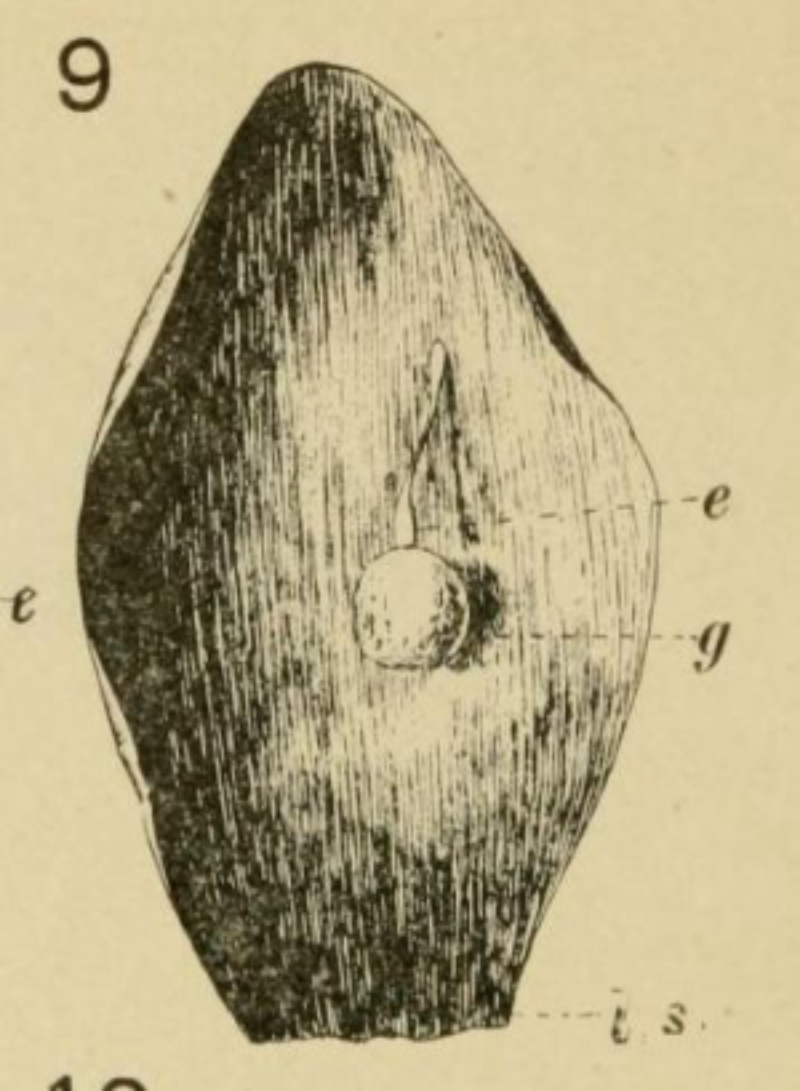 Our ID Notes may contain important tips necessary for distinguishing this gall from similar galls and/or important information about the taxonomic status of this gall inducer.
A Study of Dryophanta Erinacei (Mayr) and Its Gall
“

[of the agamic gall:] It is widely distributed, having been reported from New England, North Carolina, Iowa, Illinois, Indiana, Kansas, Michigan, Ohio, Virginia, Canada, and probably Florida and Colorado.

The [agamic] insect makes its way to the leaf and flower buds of the white oak, where oviposition takes place. On the tree where our observations were made, it continued to emerge and oviposit until the twenty-first of November.

Buds were examined on the eighth of May and the unhatched eggs found were very turgid, appearing slightly enlarged. On the twelfth of May a slight swelling, at the apex of which an empty egg shell was visible, appeared on the lower green portion of the scale, (Fig. 9, Pl II). This proved to be a freshly formed gall, containing a young larva of Dryophanta erinacei. The gall at this stage was thin-walled, with a pebbled surface, greenish in color, and contained a watery fluid. The egg-shell remains attached to the apex of the gall until the latter has reached considerable size, when it dries up and disappears. These hypertrophies develop rapidly, as many as three appearing on one scale. The wall of the gall has by this time changed to a yellowish brown color, and soon becomes quite dry and brittle.

Galls also develop on the apical portion of the leaf and flower buds, (Fig. 10, Pl II). These are red, being similar in color to the young leaf and flower. The wall is pebbled on the surface, and thin. The cavity contains a single larva bathed in a watery fluid, and similar in all respects to the one inhabiting the scale gall. The terminal galls are of the same size as those on the scales, varying in number from one to four, and when mature are reddish brown. Since only the agamic form of Dryophanta erinacei was found ovipositing on the leaf and flower buds, and since the eggs of this species and no other were found in the leaf and flower region, and since males and females similar in size and character emerge from the two galls, it is evident that they are produced by the same insect. The difference in color in the galls is due to the normal difference of the tissue of which they are formed.

Shoots were brought into the laboratory, placed in water and covered with bell jars. Here about noon on the twenty- first of May the first male and female emerged. They were quite vigorous, and about four-thirty in the afternoon the female was noticed actively moving along the midrib of the young leaf. Suddenly she stopped, and set up a rapid nodding motion which lasted thirty-five seconds, during which the ovipositor was thrust into the tissue. The insect remained motionless for a time, then withdrew the ovipositor, filling the passage with a yellow substance which, as in the agamic form, is probably a secretion poured forth by the accessory glands of the reproductive system. The process was repeated four times in succession without moving the body forward. Each time the ovipositor was inserted the body was curved slightly more than at the preceding puncture. The entire time occupied by the four ovipositions was from four-thirty- four to four-fifty, or sixteen minutes, thus allowing four minutes to each oviposition of which a little over two minutes and a half was occupied by the passage of the egg. Many other observations were made, and the time in all instances corresponded to the first recorded.

In the open the adults did not emerge until the twenty-ninth of May, and continued to oviposit from that time until the fifth of June.