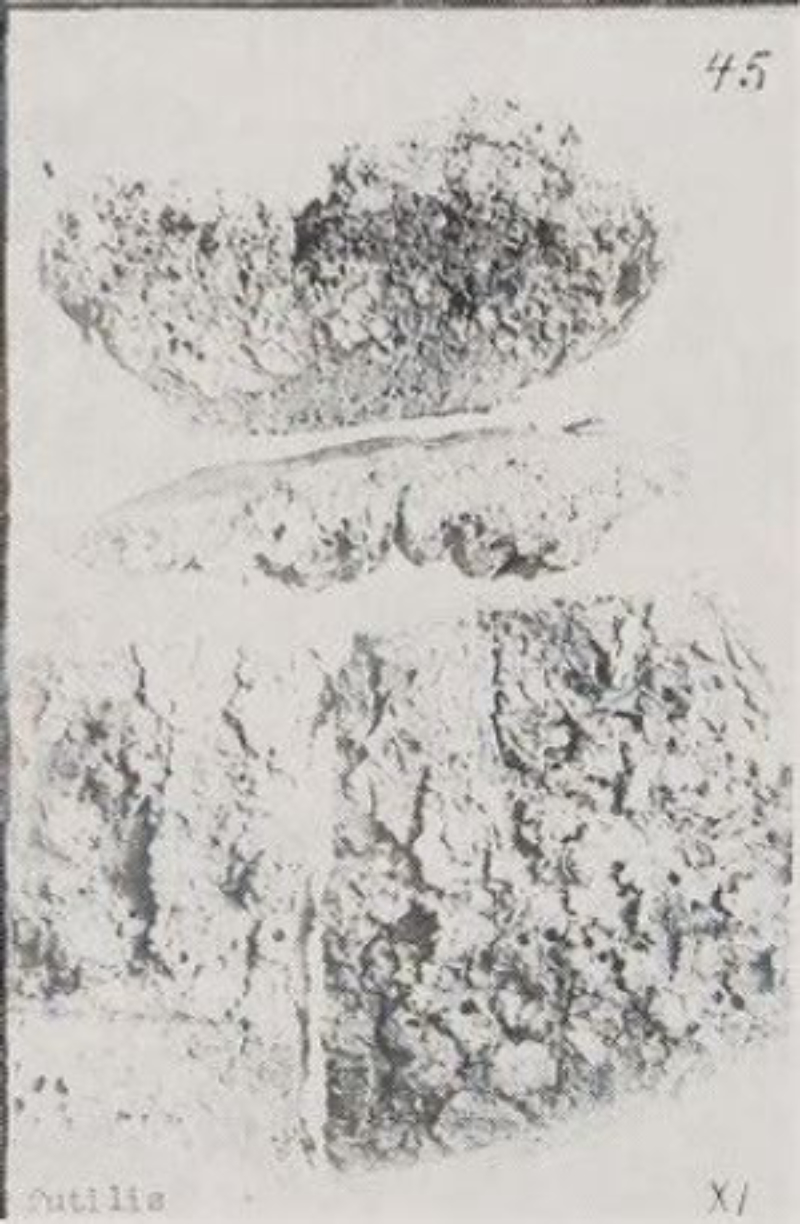 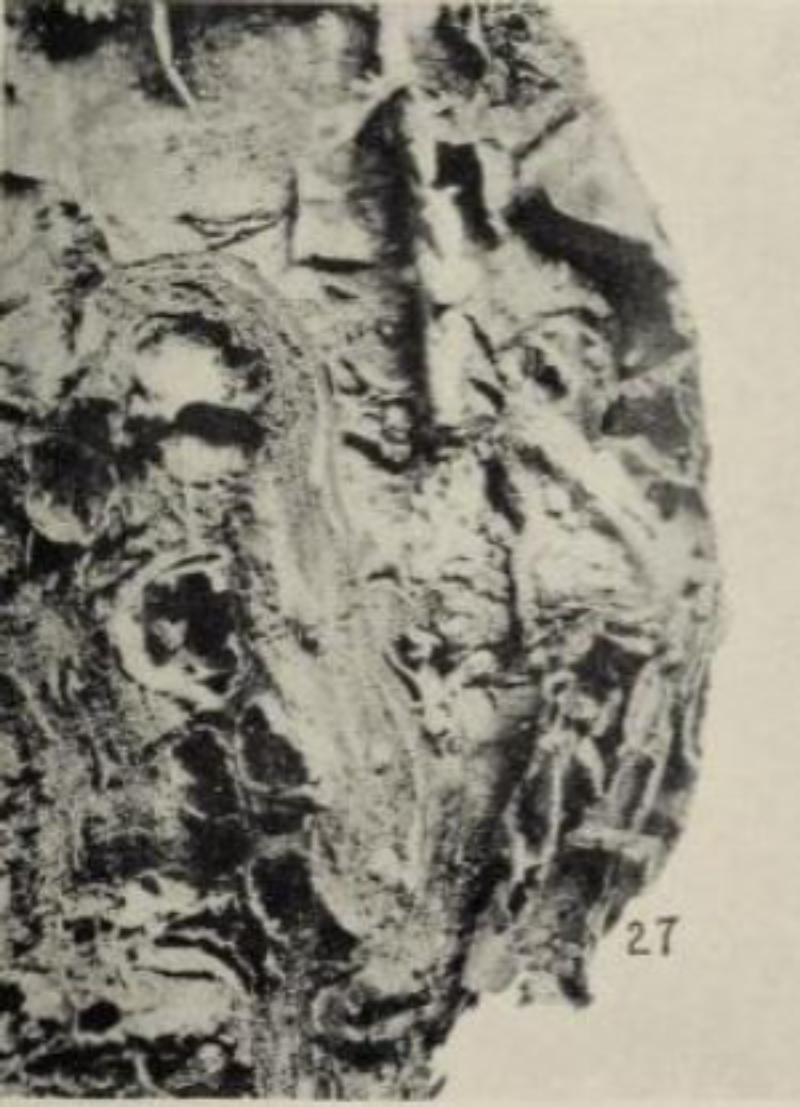 Our ID Notes may contain important tips necessary for distinguishing this gall from similar galls and/or important information about the taxonomic status of this gall inducer.
Life histories of American Cynipidae
“

Galls. — Larval cells (Fig. 27) in the scurfy bark of the roots or the basal portions of the trunks of oaks. The cell-wall is distinct but inseparable from the surrounding bark-tissue which does not seem to have much new tissue developed, but is distorted to cover the larval cell, forming pustules about 3-4 mm. in diameter. On the same species of oak, most likely, on which futilis occurs.

In 1873 Bassett reported finding a number of wasps of an unknown species ovipositing in the buds of white oaks, which trees bore, at a later date, quantities of the galls of futilis. This alone was not sufficient evidence to warrant conclusions, for futilis is often exceedingly abundant- on the majority of Q. alba trees in a region. But by 1889 he was able to report a more complete life history of the species. He had found hundreds of females which agreed with those he had bred from root-galls ovipositing in the buds of trees which later bore futilis-galls in abundance and only those galls. This evidence for the relation of the root-gall to the futilis-gall does not invite much doubt. The agamic form which had come from the root-galls was described as radids.

The eggs which produce this form were laid in the bark during July. Because of the difficulty of finding these inconspicuous, subterranean galls, little is known of the form until it emerges as an adult the following spring, from April 22 to Arpil 25 and likely later. At such times they are often found ovipositing in the buds of the white oaks, on the new 7 leaves of which the futilis-galls will appear.

In 1895 (Proc. Ent. Soc. Washington, III. p. 261) Riley reported the rearing of futilis galls by Pergande from buds which he had observed being pricked by several females of a cynipid w hich Ashmead identified as Callirhytis clavula. Riley suggested, therefoie, that Bassett/s observa- tions w r ere in error because of misidentification. On the other hand, it is to be noted that the value of Riley’s record depends on the correctness of Ashmead’s identification. I have carefully examined numbers of the very specimens on which Bassett based his report, and they are available to others who wish to study them. I cannot see any specific differences between the individuals bred from root-galls and those marked as ‘*ovi-positing in Q. alba buds, April 22, 1889.” Moreover, my own experience with C. clavula leads me to doubt the correctness of Riley's report. I know of no published dates of the emergence of that species but, having- collected many hundreds of the galls, examining them for enclosed larvae or adults regularly for a couple of years, I have found nothing to suggest that the imago emerges before the middle or last of July, at which time (July 27) I have been successful in obtaining several adults. Mr. Lewis R. Weld and Wm. Beutenmuller have kindly confirmed my experience by similar records from their own observations, July 12 to July 30 being the emergence dates from their breedings. It is not likely that Riley's insects, found ovipositing three months earlier than clavula emerges, could be that species. I have no doubt that there is an error in Riley’s report and that Bassett's observations of this species are correct.